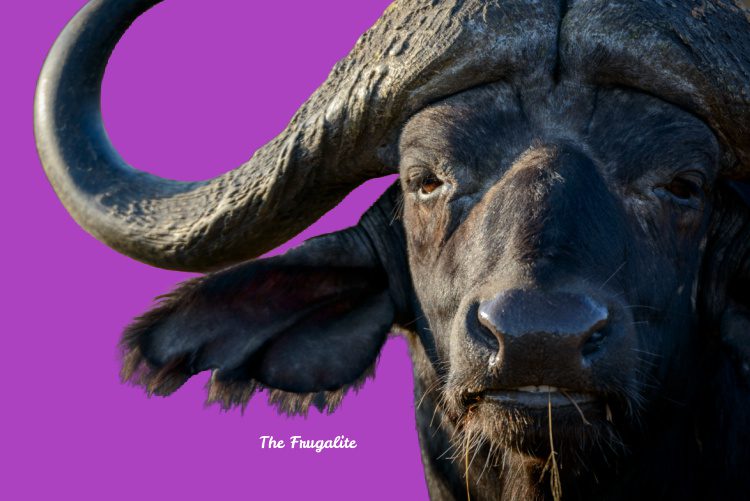 Have you ever considered how your personal food economics may be impacting your monthly budget? Until you take a good, hard look at what you’re spending by tossing into your trash can, you’ll never be as frugal as possible. But what does this even mean? What is food economics? What is the whole buffalo theory? Let’s take a look…

Why is using the whole buffalo essential in food economics?

In Native American lore, it is often said that hunters made use of the entire animal they had killed in order to respect the sacrifice which sustained them. The buffalo was considered to be sacred, and it was felt to be an offense to be wasteful. They ate anything edible; used the hides for shelters, shoes, and clothing; they strung bows with the sinews, they used the stomachs as water canteens, and they used the horns for weapons and tools.

The other day when I was preserving some peaches, my daughter pointed out that I was letting some parts go to waste. She said, “Mom, you need to use the whole buffalo!”

So, I began to do some reading. I broke out all of my vintage cookbooks, began scouring the internet, and discovered that in this day and age, we sure do waste a lot of our buffalo.

For many of us, budgets are tight. Whole, organic food is expensive, so in order to get our money’s worth, we need to be creative and make it go as far as possible.

Over the past couple of weeks, I’ve had my hands on nearly 100 pounds of fresh juicy peaches from the orchard less than a mile from my house. Fifty pounds in, Rosie pointed out that the pits and peels might be able to be used for something other than adding to our compost pile. So here’s what we did with the peaches:

The only stuff that got tossed in the compost were the funky spots on the skin and the occasional mushy spot that we cut out and discarded. The only equipment we used was a waterbath canner and a dehydrator.

Growing food is sort of like having a baby.

When you put forth the effort to grow your own food, you realize how much work goes into it and you are far less likely to take it for granted. Sort of like carrying a baby around for 9 months then pushing it out. You’re going to take good care of anything that is that much work. 😉

Okay, it’s really not that much like having a baby, but go with my analogy – it’s too much work to be careless with the results.

When you begin to shift to a more agrarian lifestyle, you begin to realize that although there is so much more food than you could ever consume at the moment, that food won’t be around forever. Berry season is fleeting, peaches are only here for a few short weeks, and tomatoes are in their glory only for the hottest part of the summer.

If, like me, you intend to stop shopping at the conventional grocery store, you are going to need to make the most of this bounty while it’s here, or winter is going to be long and bland. Our ancestors managed fine without “fresh” blueberries and tomatoes in December, and with a little food preservation effort, you can too.

So, don’t be shy about buying vast amounts of **this-week’s-yumminess*** at the farmer’s market this weekend. With a little bit of research, you can make it go much further than one decadent meal. You even make some things last until next year!

This is very budget friendly.

People ask me all the time how my family can afford to eat an organic, local diet on a tight, single mama budget. While it’s true that the food we purchase often costs more than the food at the grocery store, the quality is so good that a simple slice of tomato is positively decadent. We actually find that we are far more satisfied with the delicious, chemical-free honest-to-goodness food that we eat compared with chemical-laced crap.

However, we still have to fill our tummies on more than a single slice of tomato. That’s why I go out of my way to find free food.

I have always considered anything you make from stuff that other people throw away to be free food. And free food is a great way to improve your food economics.

There actually is such a thing as a free lunch. It consists of soup made from that chicken carcass that your family picked nearly clean at dinner last night, cooked along with those onion and veggie scraps that you kept in the freezer for the specific purpose of making a future soup. Most meals for a family of four cost between $10-20 when prepared at home, so if you make one freebie meal a week, that will save you between $500-1000 per year!

Snacks often cost $1 each when tucked into a lunch box. But if you make them from stuff most folks throw out (like peach peel candy), then it’s free! So, if you can make five snacks a week for free, that will save you $260 over the course of the year.

I’m sure you see where I’m going with all of this. It just makes good, economic sense to stretch your food as far as possible, while still eating nutritious, delicious wholesome ingredients.

How else can you use the whole buffalo?

Whatever you have in abundance, I can guarantee there are far more ways to use it than you have ever even thought about. Whether it is meat or produce, be willing to try some new things. For some of this, I thought back to my granny’s kitchen and to the stories my dad told my about growing up during the Great Depression. They were experts at food economics. For other stuff, I poured over old cookbooks and arcane websites.

This is just to get your wheels turning.  I’ll be posting recipes and instructions for all of the things listed below.

Chicken: Roast a whole chicken > make a casserole or stir-fry > make broth from the carcass

Once you’ve done all of this and you’ve made as many edible things as possible from your original item, you can still avoid the trash can. The fruit and vegetable by-products can be tossed onto the compost heap; the gristle from the meat can be made into dog treats (only in small amounts); and the bones can even be finely ground to make a bonemeal soil amendment that also helps to frighten away “prey” animals like deer and rabbits.

Society has become so wasteful that many of these ideas may seem extreme. We live in a world of plenty, but that plenty comes at a grave cost. As a nation, our health is suffering because “plenty” is a chemical concoction, first sealed in plastic, and then in a cardboard box.

What most people consider to be food is raised in horrible conditions in CAFOs or doused with toxic pesticides, then preserved with even more toxic chemicals. Everything is disposable, but no one thinks about where all of that “disposed” stuff goes. Our landfills are overflowing from the vast amounts of garbage that people throw away.  We have very little garbage at our house, because most of our food doesn’t even come in any sort of packaging and much of our waste goes to chickens or the compost pile.

How do you practice food economics?

Do you have some great ideas to help make food go further? Please share them in the comments below!

The Little House Cookbook: Frontier Foods from Laura Ingalls Wilder’s Classic Stories (This book is a great way to get kids involved!)

Clara’s Kitchen: Wisdom, Memories, and Recipes from the Great Depression

Daisy is the best-selling author of 5 traditionally published books, 12 self-published books, and runs a small digital publishing company with PDF guides, printables, and courses at SelfRelianceandSurvival.com You can find her on Facebook, Pinterest, Gab, MeWe, Parler, Instagram, and Twitter. 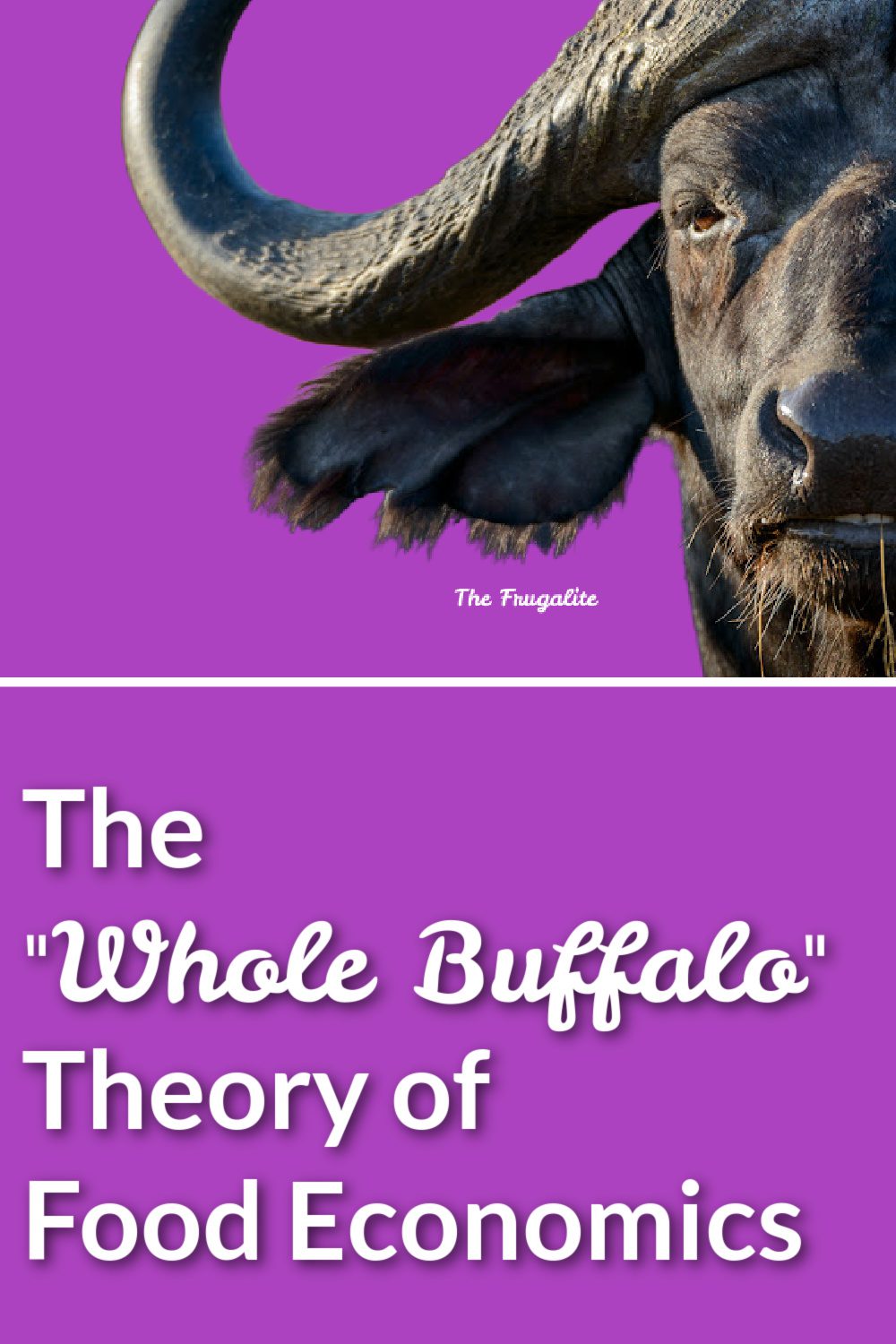 10 thoughts on “The “Whole Buffalo” Theory of Food Economics” 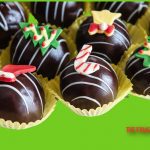 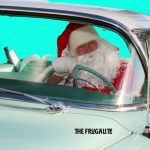 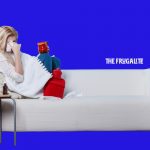 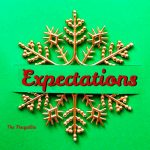 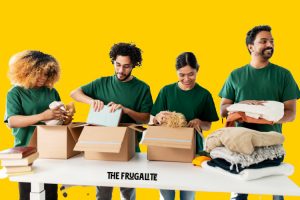 How To Help Others Through Difficult Financial Times

We are living in incredibly challenging times. Here are a few tips on how to help others cope and get through it. 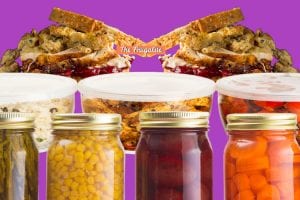 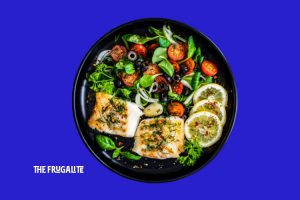