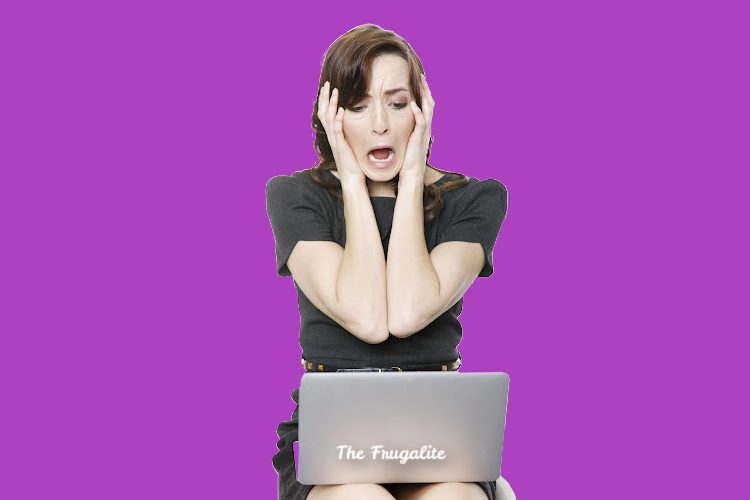 Broken Computer? How NOT To Break the Bank!

Dear Frugalites, My laptop recently, ummm….died. As a freelance writer and content producer, having a broken computer this was a pretty big deal for me, especially on a budget. I am sharing my recent computer trials with you in order to help you save cash if your own computer has any issues. I sincerely hope it doesn’t! But just in case, here we go! These are the lessons I learned that you may benefit from as well.

Have a plan before it breaks.

Ahem. I did NOT have a plan before it broke. Then, it broke, and, being a flip phone user, I didn’t have a computer with a search engine to look for places to get it fixed. If that had not been my life that week, I would have thought it was funny. At the time, it was not so funny!

You don’t want to be like me, asking yourself…. “Is there a phonebook somewhere in this eco-cabin?” (There was not!) Do I even remember how to use a phonebook? (irrelevant thought…no phonebook!) Hahaha!

Use word of mouth.

Word of mouth was how I found the wonderful repair shop that saved my computer. I now have their number written on a piece of paper in a safe place: no search engine required. I am grateful to the friend who recommended them to me. I went to his house to use his laptop and gained a great referral.

If your friends and family don’t have any suggestions for you, or you live in a different area, you could try co-workers, too. Alternatively, if you are brave enough, a local Buy and Sell group on social media will be very happy to make a recommendation. You are likely to see trends in the discussion thread: many positive reviews are great. A lot of mixed reviews may be cause for concern.

While researching my options to get my computer fixed, one of the first places I contacted was the big box store where I bought it. I had found them helpful before when my video playing program wasn’t working well. That was seven years ago, however!

It did appear that things had changed somewhat. I was forced to call a 1-800 number, as I could not locate any contact info for my local store’s tech staff anywhere. When I did discuss the problem with the 1-800 number tech staff, I was concerned with how quickly he was willing to “write off” my computer as having a faulty CPU. “We see it all the time,” he told me. Hmm.

My next concern was that there was no way to just bring the computer in and have them run a diagnostic. Nope. I had to buy a “membership” upfront for the entire year for over $150. Apparently, this allowed me to have something like “unlimited” diagnostics.

My spidey senses were tingling. Using my critical thinking skills, I was able to identify the likelihood that this club membership would be the most frugal choice: zero.

So, I bid them a good day. So, unless you plan on having your computer break down multiple times in a year, you too may want to avoid buying into a fix-it club.

Don’t be afraid to get a second opinion.

Before I got my friend’s great referral, I followed up on another lead to a computer store in a nearby city. This did not go well. They held my computer for several days, unable to get the diagnostic done. This delay caused me great inconvenience, as I was unable to write. Then, the cost they initially quoted me to fix my computer was so high that I thought it might be better to buy a used one.

When I described this problem to my friend, he recommended I check out the store he had used, which was in a smaller city closer to where we live.

Don’t jump the gun on buying a new one.

Right away, I started thinking that the best solution was to buy a new computer (by this, I mean a refurbished used one! I am a Frugalite!). This is part of my personality. When I have a problem, I want it fixed…NOW!

This was not a good way to approach this problem as this particular problem required some patience. I took my old laptop to the second store that my friend had recommended. I asked them if they thought it could be saved. I told them I was on a budget and that it would be much better for me if it could be reasonably patched up and perhaps last another year or two. It is seven years old and has never had a problem this entire time.

They were able to run a quick diagnostic and get back to me in a few hours. I had picked up some bad malware, and they could reload my operating system to clear that. As well, the hard drive was toast. They were able to replace the hard drive with a decent-sized solid-state drive (250G). The total cost: less than $75. This was less than half what the other store was going to charge for the fix.

Before I took the computer to the shops, I did my own backup of my files and kept it at home. The first store told me they would save all of my files when they reloaded my operating system. Guess what? They claimed that my hard drive failed before they could back up any files. If I had not done my own backup, I could have been looking at BIG MONEY for them to excavate my files off my hard drive. As it was, all I suffered was a bit of inconvenience; I consider myself quite fortunate. I hope you learn from my experience.

Although it is not possible with my current budget, I have set a longer-term goal of buying a small laptop that could be a backup in an emergency. My friend had a small laptop that did not have a lot of the ports and features that mine did, but it did have a touch screen and a decent-sized keyboard.

I looked up his computer at another big box store and found it was on sale for less than $120. A computer like this would allow me to do my writing and post on my website while getting my main laptop fixed, and all without the urgency and worry that my previous situation had. It may not have all the features I need for recording and editing my courses or offering live streams, but it would do in a pinch!

I learned some valuable lessons when my laptop recently died. Could you see yourself trying any of the thrifty computer-related tips offered here? Do you have one you can share with us? Please tell us in the comments below. 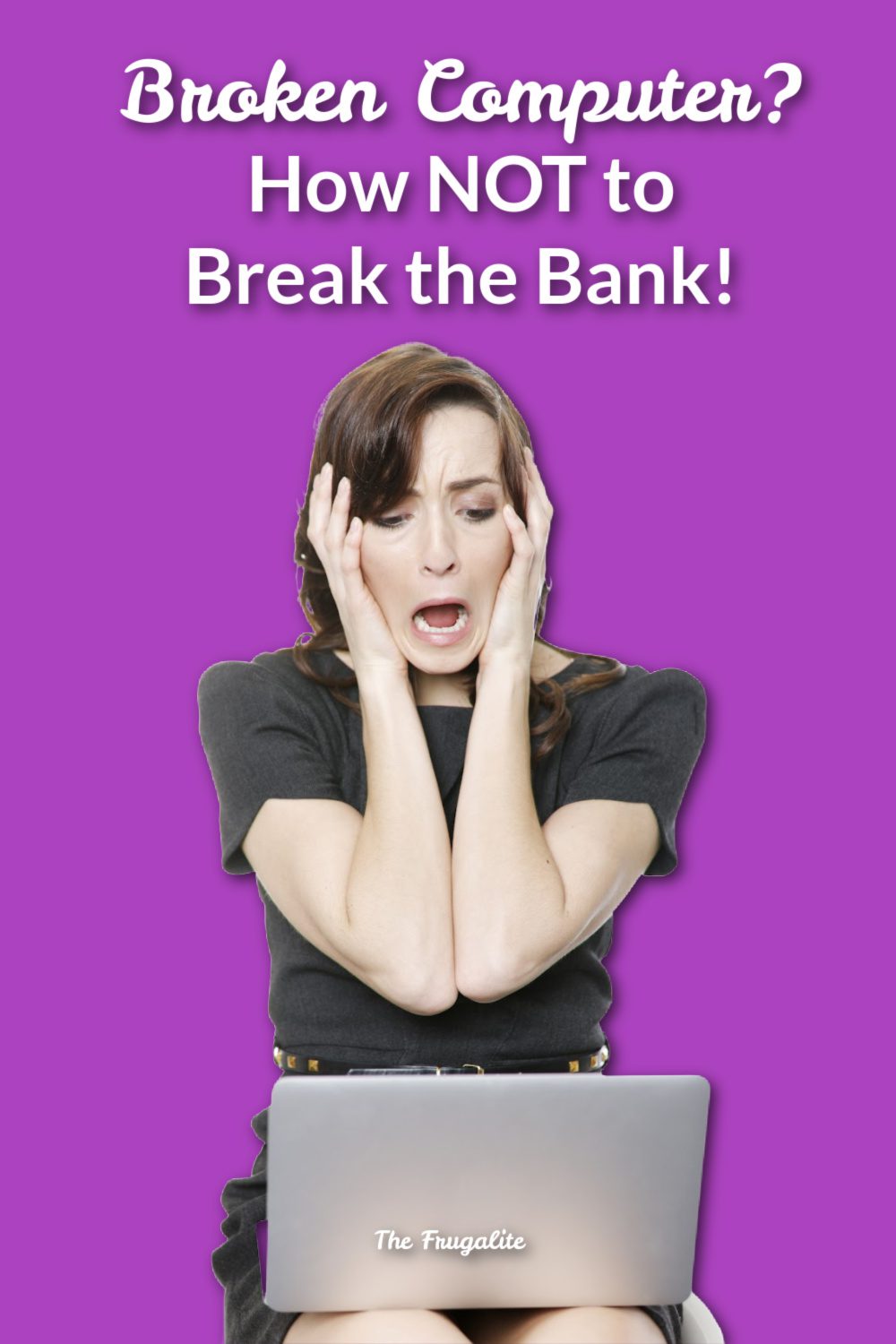 10 thoughts on “Broken Computer? How NOT To Break the Bank!” 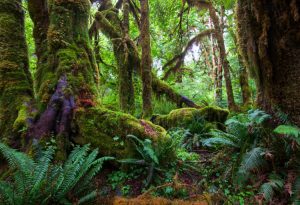 Can Your Nearby Woods Save You a Bit of Money?

If you live in a forested area, can your woods save you money with some of the tasks you have around the house? Here’s an idea… 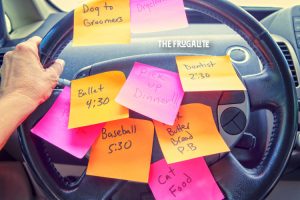 How I Squish All My Errands into One Trip

Getting all of your errands into one trip not only saves you time – it saves you money as well! Here are some tips to do just that. 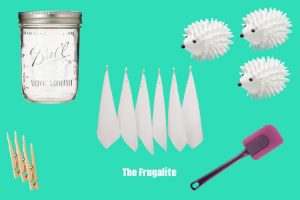 Did you know that there are actually thrifty purchases you can make that will SAVE you money in the long run? Here are a few… 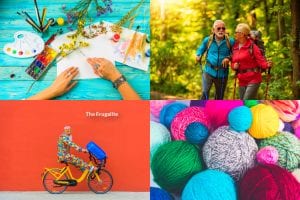